We recently had an adventure birthday party for our four year old son. To feed the hungry monsters I wanted some party treats that they would enjoy, and be part of the theme. Here are a few of the ideas I created.

I made some basic sponge cupcakes. Iced with butter icing. Then used chocolate buttons and mini chocolate chips. 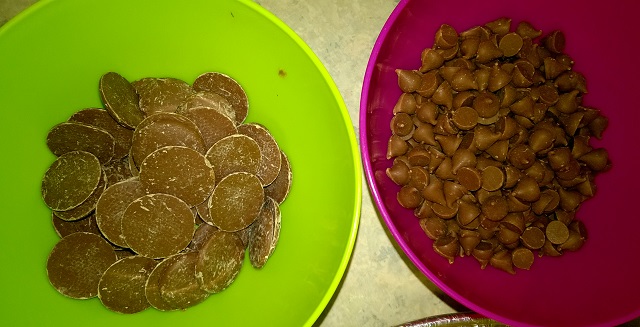 One bigger chocolate button and then four little ones to create the paw. Easily done and effective. 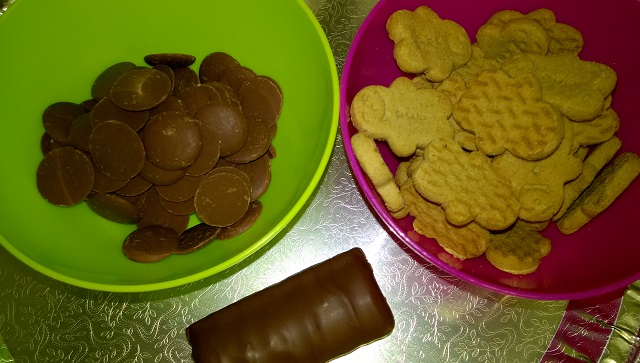 With the tip of a sharp knife I cut a long narrow hole for the gingerbread man to sit in. I found it helped to dip the knife in a cup of hot water first to warm the metal. Then push the gingerbread man in to the hole, so it looks like he is sitting down.

Then stick four chocolate buttons on for wheels with the melted chocolate. And there is your little car. 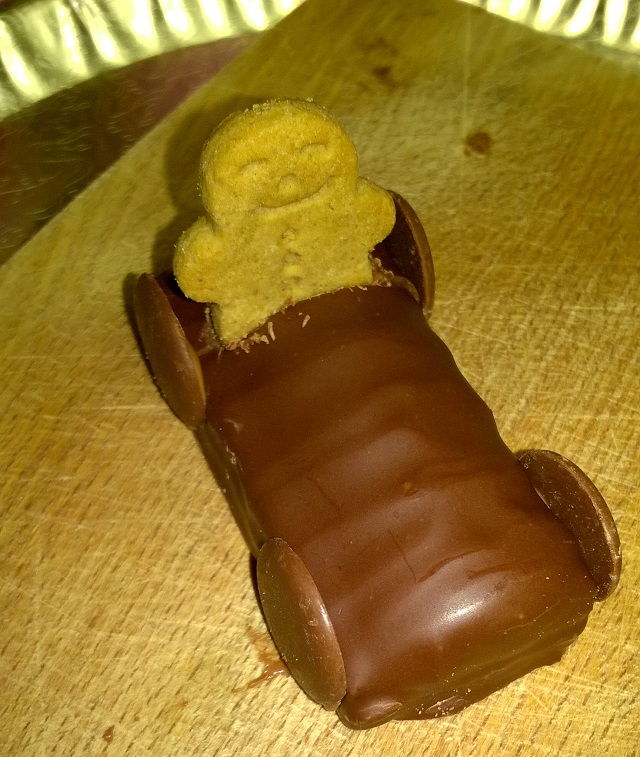 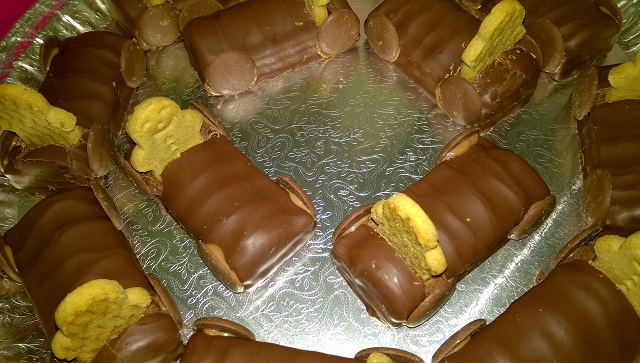 This was Jasper’s favourite, as he was able to help me make these. The fact that one of his toy dinosaurs was also able to help, just made things rather more exciting for him.

We made shortbread biscuit mixture, then rolled it out and cut shapes out. We also made some simple round biscuits to eat at home (had to test them after all). After washing dinosaur’s paws, we then pushed its foot in to the shortbread dough and left an imprint. Once cooked, we dusted with a little icing sugar. 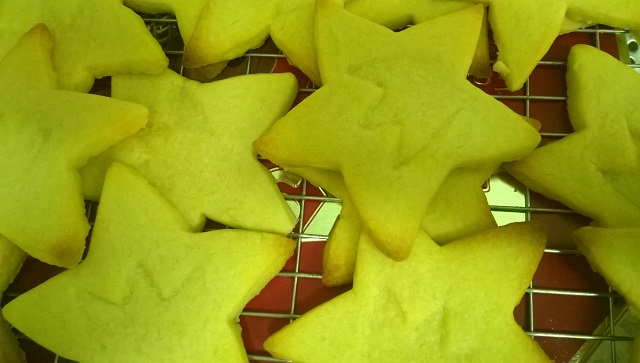 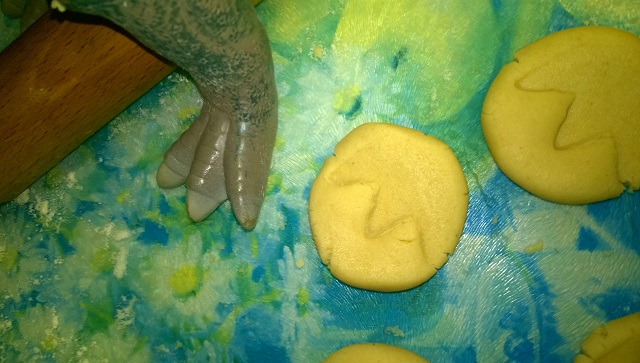 We painted Oreo cookies with edible gold food paint, which made them look like pirate treasure. Simple and effective. 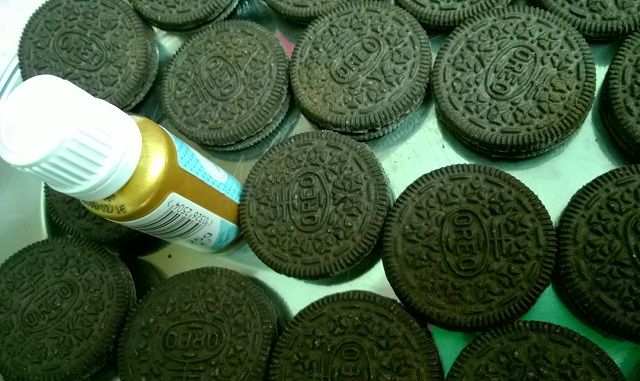 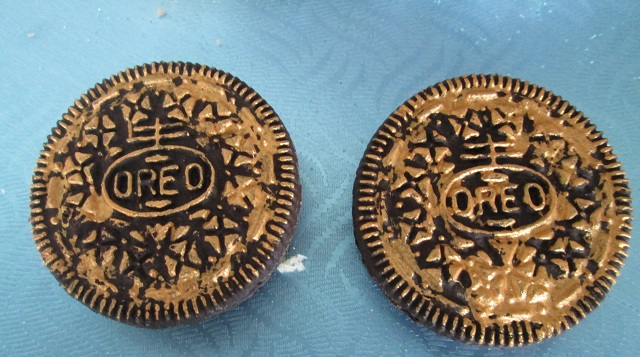 To make these we used chocolate balls, cocktail sticks, fondant icing, mini paper cases and more chocolate to fill with. I did plan on using icing pens too, but will explain this shortly. 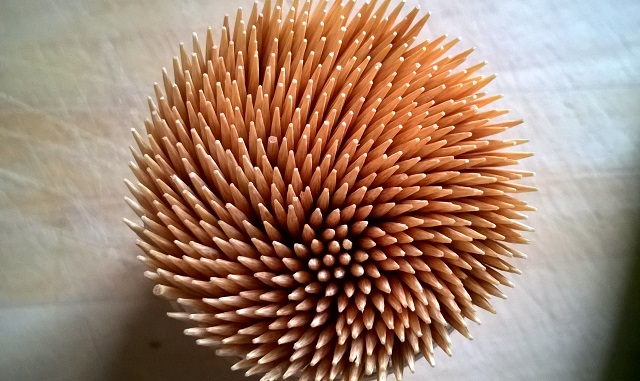 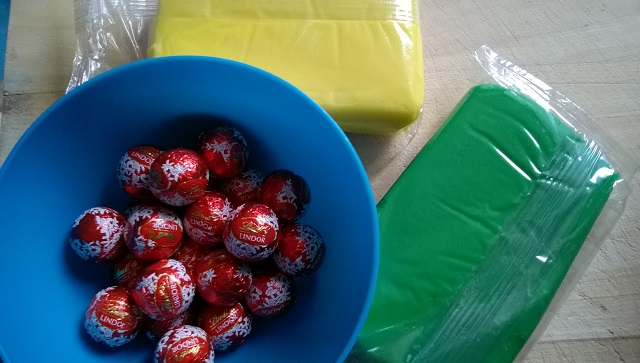 To start off, unwrap the chocolate balls, and carefully ease a cocktail stick in so you end up with a ball on a stick. 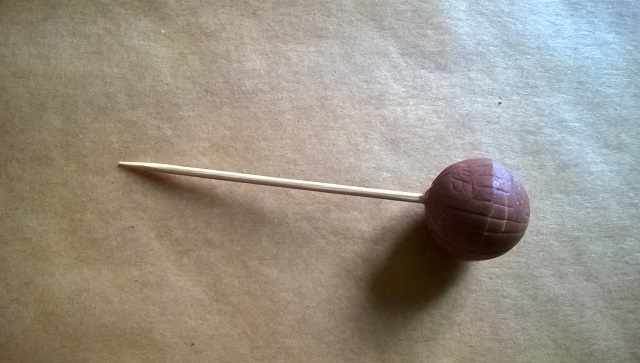 Cut a small block of fondant icing, and roll in to a ball. It needs to be a little bigger than the size of the chocolate ball. 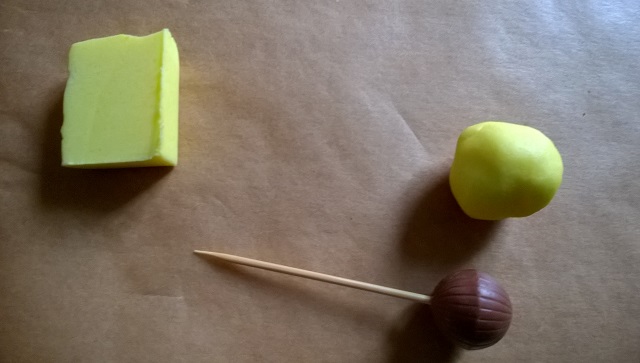 Roll the fondant out to approximately three times the size of the chocolate ball. 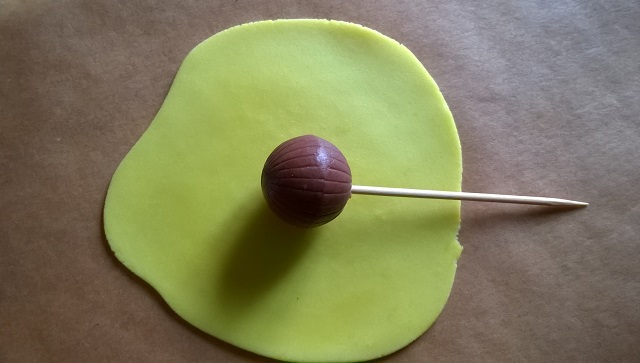 Place the rolled out fondant on top of the ball, then manipulate it round the ball, and gather it underneath, forming a balloon shape. 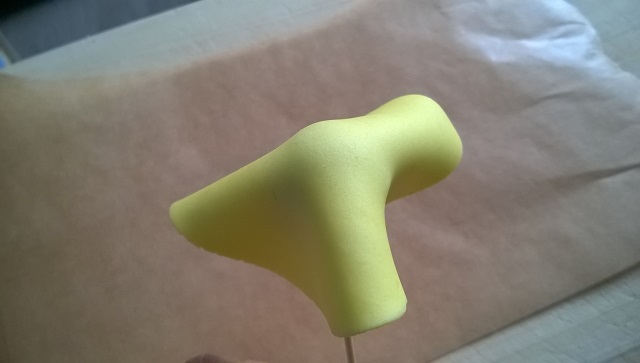 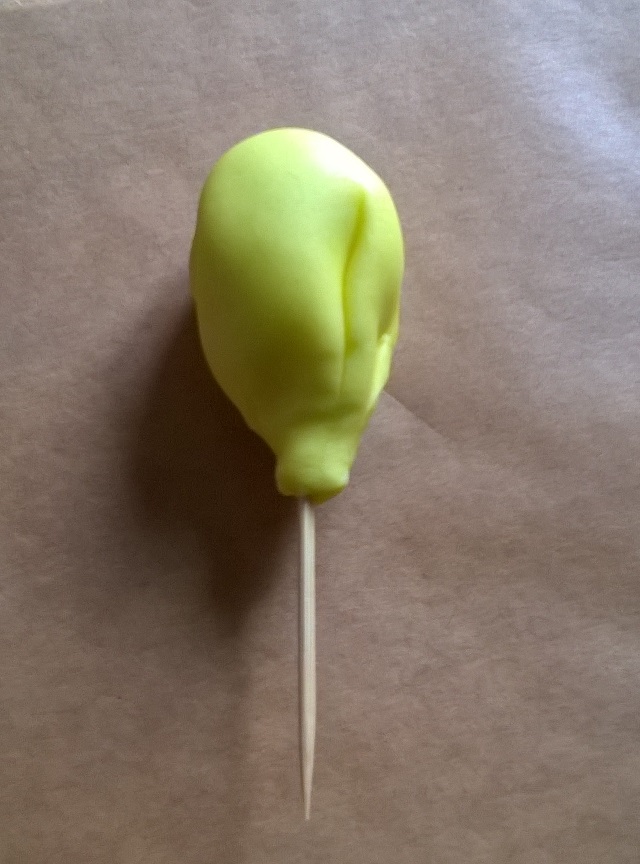 You could be more precise than me, and take more time to reduce the creases. Fondant is good for smoothing out, but I did leave a few of the creases, just made sure there were no cracks. These then went in to the fridge to harden the fondant.

Meanwhile, I melted some block chocolate, put it in a jug and poured in to the mini cup cases. 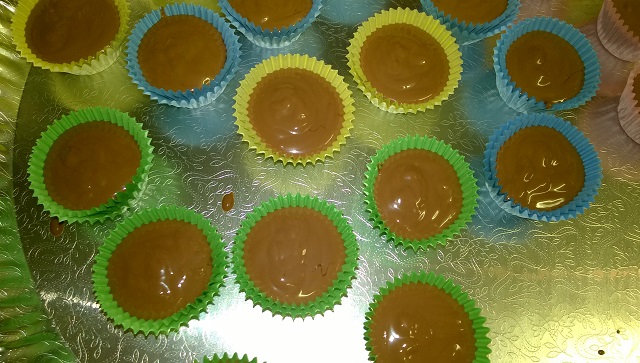 I put these in the fridge to cool too. Although didn’t let them set to rock hard, as the sticks had to be poked in.

Which was what I did next. Stuck a balloon stick upright in to each chocolate cup. Then chilled again. 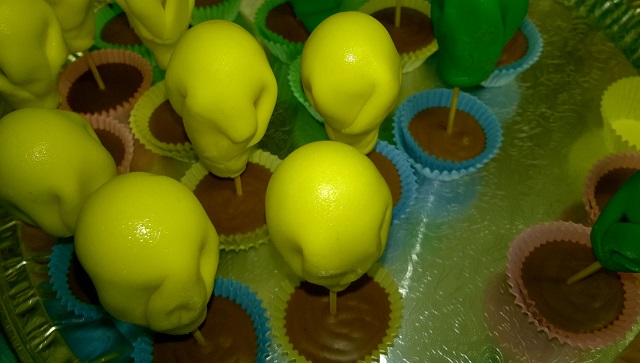 My next plan was to use icing pens to draw lines vertically down each balloon. However, when I tried this, I failed. The icing pens weren’t good quality, and my patience had run out. Thus I decided enough was enough and let them naked. Ideally I would have done it, but maybe using an icing gun would have been a better idea.

It is wise to remember to remove these from the fridge a couple of hours before serving, as you don’t want the fondant and chocolate to be too hard for eating.

These were just a few of the ideas we made for the party, and they were all successful. The children particularly loved the balloons. One boy loved his car cake so much, that I found him driving it around the floor! Not ideal for perhaps hygiene, but I loved the concept of it all.