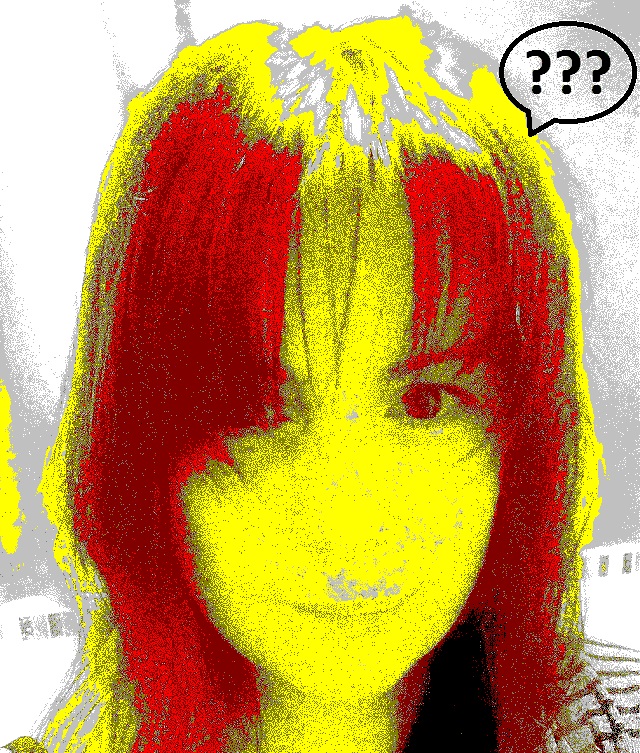 When asked questions, do we always know the answer? There is no right or wrong to most questions; so I put it to a handful of friends to ask me their own ponderings, with a mind to giving them my own insight.

Firstly: Where do you go to in your happiest dreams?

I dream a lot. I dream when I am sleeping, which are intense and often detailed dreams. I dream when I am awake, I can drift off to la la land quite happily given an apt time. But I realise that this question probably relates more to actual thoughts, and aspirations rather than fiction.

Life can be so unpredictable, and the downs can suddenly hit you full on when you least expect them, so it is what I consider human nature to dream of idealism’s to prevent as much of that actually happening. You can be feeling content and safe, but if those circumstances are not entirely in your control, all that can change in a matter of minutes, hours, days, weeks, you get the gist. So taking some control and having as much say in what I do is what I dream of. I like to dance to my tune, albeit with the rules in place. It’s not like I dream of living in a world where I can do as I wish regardless of circumstances.

With a view to where I go in my happiest of dreams, then we now have to enter a rather fluffy world of Jen. Perhaps a somewhat unrealistic view, but nonetheless I shall try to describe it to you. A place where my children are safe and well, and happy. I don’t want them to have everything they desire, I do believe in the path to finding that; but I would like to be able to give them more. I sometimes fear that time is speeding past me far too fast and I realise that what I wanted to give them is only half fulfilled. At times I feel I haven’t done enough. I would love to be able to give them more, and do more with them.

The place I would be happiest is a place by water, with air that is full of life, mountains close by, space and sky. A place where the real worries of life, particularly those that we’ve had to face more recently, are a distant memory and knowing that they won’t come back. I would be closer to family and friends, or at least be able to see them more frequently.

In a world with less pain and worry. A place where dreams can come true.

Then I was asked: What has been your most embarrassing moment?

Where do I start? Oh boy. Some of those cringe worthy moments have faded in to the grey, which I am glad of. But I do have some that are still very much remembered. Shamefully I fear that they will all be alcohol induced, which girls and boys, is a stark warning. Take heed, this is not a pretty read.

I don’t think I can prioritise any of these, so I will give you some examples and let you decide. Those that know me, or were involved, please forgive me.

Berlin. Or so I was told. Could have been Narnia for all I know. 1993, I was at Uni (In the UK), studying primary teaching, doing art as my major. As part of the art side of things, we got a fabulous opportunity to go to Berlin to see Picasso and Giacometti exhibitions. We were travelling as a group of students (with tutors), the BEd’s (us) with the BA’s (who looked down on us mere one dayers). The travel plan was to travel down to Dover via coach, get a ferry over, and from there up to Berlin via coach. The BEd lot stuck together. One of which was a boy who had been pestering me for several months, but who I’d turned down several times.

Of course I’d been well prepared for the trip, going out the night before and barely eating or sleeping.

On the coach I sat with said boy, we were sat behind two other friends, nattering away, as you do. When we got to Dover, the four of us went and bought a litre bottle of some disgusting whisky. To this day I won’t touch it. It was Teachers (The irony). We were students, it was cheap. We were most sophisticated, and had plastic cups to drink out of. The ferry crossing was horrendous. I still remember the state of the loos, and recall how exciting it was seeing sky, then sea, then sky, then sea as the ferry did a roller coaster crossing to Calais. Hands in the air, whooo.

On the French side, we boarded the coach, clutching our demon litre of evil, and began drinking. All was well. I remember being as happy as Larry. Then what seemed like totally out of the blue, I recall feeling slightly iffy. The boy I was sitting beside was becoming a little annoying, and so I excused myself and went to the bus loo. It was at this point things start to go very very hazy.

I do remember someone, although not sure who, coming to the loo to see if I was ok. I wasn’t. Next thing I have a vague memory of is my head under a tap, somewhere between Calais and Berlin, being held up, and saying something on the lines of “I don’t mind”.

More time went past that I have no memory of, until this. Waking up, in the front of the bus, which was about six seats from where I was, in different clothes. Everyone walking past me, smiling, and asking if I was ok now. What had I done?

I was informed that I had been very very sick, more or less passed out; and that my friends had had to clean me up, change me, and I’d been put on the front seat for safety reasons, so I could be watched over. I really really didn’t remember any of it, apart from the tap moment. Although some of my friends took glee in reminding me of some of the things I’d been saying or doing. I was mortified.

I was most surprised though that even the BA’s, who as I said had little to do with us mortals, were all very lovely and all seemed to want to Mother me for the rest of the week. I was in Berlin, and I didn’t drink a drop all week. I did see some wonderful art, and met wonderful people, and ate lots of rye bread, but no more to drink. It must have taken at least that week for it to clear from my system. Terrible.

Unfortunately there are other tales of drink related situations that come to mind. Most of which you can actually laugh about afterwards.

The other significant one that is still fresh in my mind (and I do remember most of this one) is the first time I went out with my now husband. We were already friends, but didn’t know each other that well. We’d arranged to go out for a few drinks.

The previous week I’d been most unwell. I’d barely eaten all week and was lacking sleep. However, I agreed to go ahead with the plan. We’d had a light bite before we went out, but also a few shots of Absolut. We headed in to town and were sitting in a local bar when these very annoying men kept talking to me. They simply wouldn’t get the hint to go away. My (at this point) friend, had gone to the loo, so these annoying men had taken advantage of the situation and decided to keep trying to talk to me. At which point, there was an intervention from someone else in the bar, and my friend came back. I realised then that the intervention had come from someone I had gone to school with, so we joined them for a drink.

Things were fine. Then we got invited to someone’s house for a further drink (this person I’d known from school days). Off we went. I got handed a drink, which I thought was a normal drink and thus took a swig. Unbeknown to me, and rather worrying, the drink was a mixture of 49% vodka, 49% white rum, and 2% coke. It didn’t take long before everything caught up with me, and I started to feel unwell. I went to get some fresh air thinking this would help, but instead it was the catalyst for the next series of events.

I recall going to the bathroom, and that is about it. However I was found on the bathroom floor, half awake, but in no fit state to walk.

Next thing I actually remember was waking up, and thinking to myself how glad I was that I had got home. Only to open my eyes properly and see some very odd wallpaper on the wall, and realised I was in a single bed that was by no means anything to do with me. I surveyed the room, and saw my friend on another bed across the room. Again, what had I done? At which point some of it came flooding back to me. Ah.

I wandered out the room, wondering if anyone else was about. Found the Uncle of the school friend in a room, eating pork pies. I wondered if I was still dreaming. I went back to wake my friend, who recounted some of the events of the previous night. I was rather embarrassed. We left there, and walked home via a coffee shop stop.

I had no idea at that point, that this friend of mine, who had witnessed me in one of my worst states, was actually going to end up proposing a few months later. I must have done something right. Not all bad. 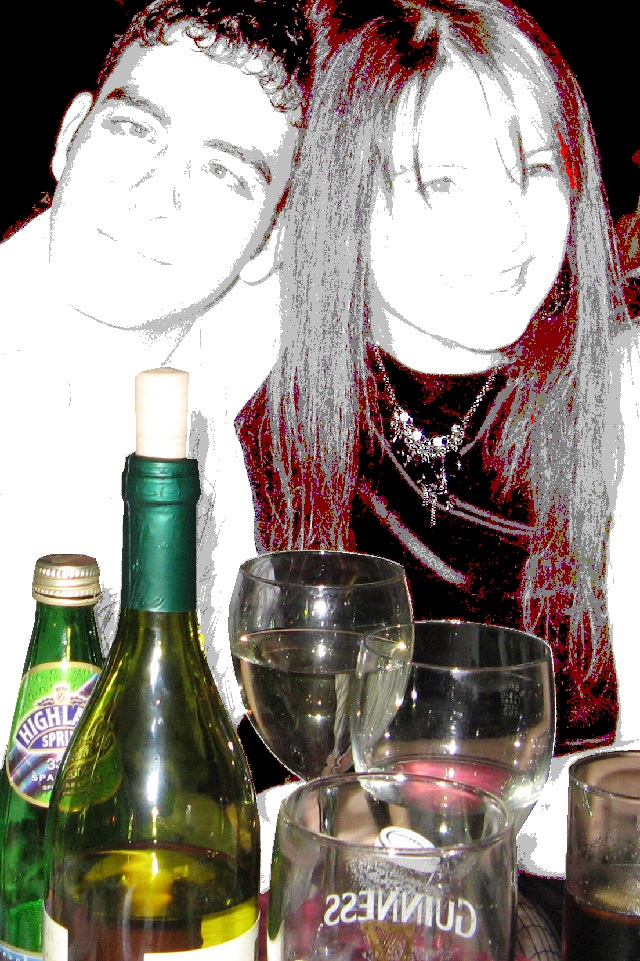