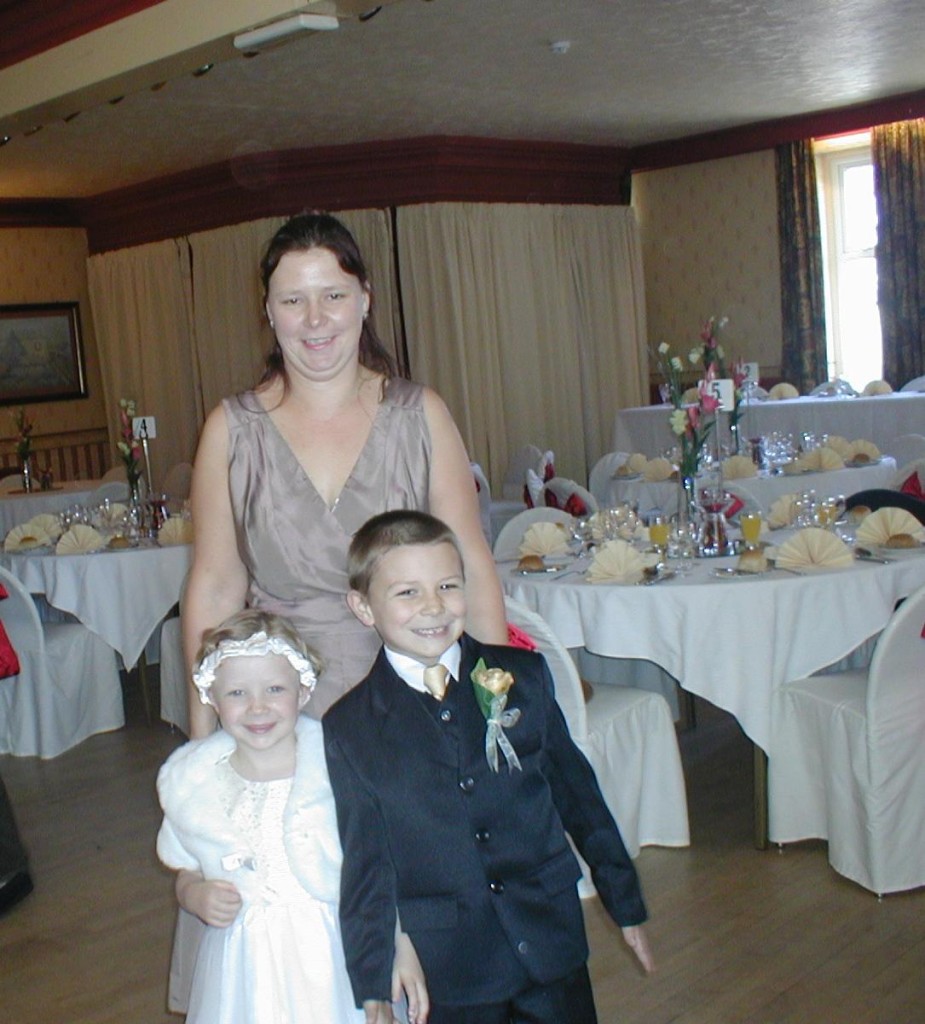 Sarah is Mum to Stuart and Lauren. On the surface you wouldn’t know how challenging life can be, but that is because Sarah and family have learnt to live with ADHD and it’s not all bad.

Sarah is a thirty something single Mum, training to become a counsellor, volunteer at a local soup kitchen, lover of chocolate, coffee, Terry Pratchett and most things mystical and fairytale like. She was diagnosed with chronic fatigue syndrome in recent months, has an allergy to insect bites and doesn’t always find the light at the end of the tunnel, but she has fought her way forward for years now and has been kind enough to share with me a little insight into her life, Universe and everything. 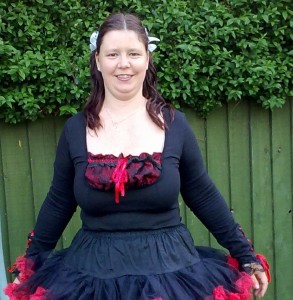 Stuart is eleven, and was diagnosed with ADHD when he was just six years old. Since then Stuart, his younger sister Lauren and Mum, Sarah have learnt how to adjust and cope with something that was capable of destroying their lives. 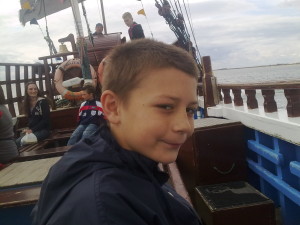 ADHD is Attention deficit hyperactivity disorder. Those affected have a greatly reduced ability to maintain attention without being distracted, to control what they’re doing or saying and to control the amount of physical activity appropriate to the situation. An affected child is easily distracted and can’t process information at a normal rate. This in turn can make everyday activities much more difficult.

When Stuart was six months old, Sarah recognised something was different with him. She would ask the health visitor, only to be told there was nothing wrong, that she should simply get more help from husband. It was obvious to not only Stuart’s parents, but to friend’s as well that there was certainly more to Stuart going on. He was to put it mildly “hyperactive”, and was on the go from a young age. When Sarah had Lauren, Stuart was only one year old, and there was no change in Stuarts behaviour.

Just before Stuart turned two he started to have seizures/blackouts. He would stop breathing, go limp and then go completely stiff before coming around and then sleeping for at least an hour afterwards. This of course was awfully worrying for Sarah.

Stuart was referred to the hospital to rule out epilepsy. Sarah was advised that Stuart would grow out of these “fits”. It was explained to Sarah that it was a natural response to his body not getting enough rest, so it shuts down.

Indeed, when I was between one and two years old, I had very similar fits, and I did grow out of them. As it was explained to my own Mum, my nervous system wasn’t mature enough. But with Stuart it was different and Sarah knew this as his Mum.

Stuart was then referred to a community paediatrician for monitoring and also to a psychologist. Stuart was 2-21/2 by now. Things did not progress quickly. The paediatrician concluded that there was nothing wrong with Stuart and that he didn’t need to see a psychologist. Instead for the next four years Sarah fought a battle, where most of the time Sarah’s parenting was brought in to question, as well as blame on Stuart’s behaviour being put on the divorce Sarah was going through, and any other personal and private things that could be dug up.

It was a real roller coaster ride for the family and I never felt that they got the full support they needed. It was simply horrible to witness at times, but Sarah never gave up and never crumbled.

Life went on with the three of them, and they coped surprisingly well. Lauren was getting along just fine which in many ways proved a point against those trying to blame Sarah’s parenting for Stuart’s behaviour.

School were a big support throughout, which was significant as they had a close relationship with Stuart, Lauren and Sarah. Stuart’s support worker instigated a CAF (Community Action Framework), which involved everyone being able to get together and talk things through, and Sarah getting some back up. She did of course hit walls again, one of which was from CAMHS (Children and Adolescent Mental Health Services), who said they didn’t believe in ADHD!

After all this, and over four years pushing and fighting to be heard and to get the help Stuart needed, a new paediatrician agreed Stuart did have ADHD and needed to try medication. Unfortunately CAMHS had had a say in all this and had suggested Stuart try another school year to see if there was any natural improvement.

Sarah insisted on getting help at this point. She was coping, but the effect was not only detrimental on Stuart, but also on Lauren and herself. Sarah’s main objective was not to label Stuart, but to diagnose what was wrong, so she in turn could help him and give her son and the rest of the family the quality of life they deserved.

The doctor agreed for Stuart to go on medication that May, 2006. Sarah describes it as if a twister at the fun fair had suddenly stopped after six years.

Since then, Stuart has been on medication that has been carefully monitored. Sarah always discusses and explains things with Stuart, and this way he knows why he has to take them and what he is like without them. It’s not always easy, and it’s rather sad to know that sometimes he believes he is a broken person, that something isn’t right with him and he’s not good enough. Sarah fully supports him, and does so much for him.

There is regular contact with school, and if there are any issues that need addressing, Sarah is there to deal with them. She is currently arranging some counselling for him, and have spoken to his senior school (which he starts in September) to ensure a continuing good relationship.

From all this you may think that life could be a bit of an uphill struggle for Sarah and the children, and wonder how they cope. I’ve known them now for ten years and I can assure you they cope very well. I’ve seen the good, bad and the ugly, but in all of this, they all have their head very much above water. 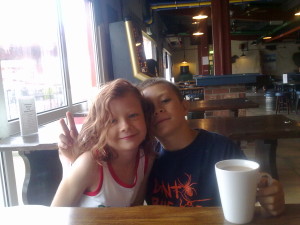 So I asked Sarah, Stuart and Lauren to share a little day to day information so you can see just how ADHD effects life as we know it.

Tomorrow I will post part two of their story and let you know what Sarah and family had to say.