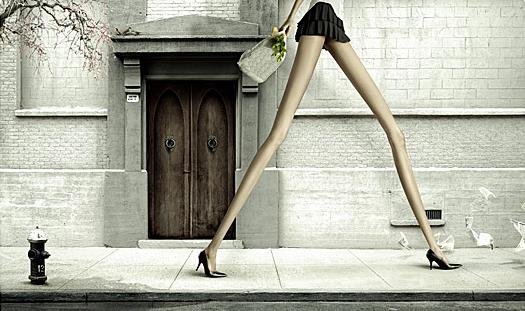 I’m not exactly overly tall, and nor is my children’s father. However for whatever reason my children seem to have sprouted off at alarming rates and have been towering above me even before teenage years. Perhaps it’s the sea air, or some such mystical reason, but for whatever reason its caused a few problems along the way. Things that have had to be dealt with. What is more alarming is that the problems only become that because of other peoples views and standards in what we associate with so called “normal”.

I’ve tried to be a liberal Mother while bringing up my children, but not being so free and easy that they get a harsh shock when reality bites them on the rear end. I have brought them up to respect other people, and the earth, I have tried to teach them manners and a degree of etiquette. Though I’m not some tree hugging hippy who thinks it’s all about love and peace. The reality of life is that it’s harsh and can be so confusing. And we’ve been through some hard times when sometimes you feel there isn’t an easy answer, but all the same you face it head on. You do the best you can, because if you don’t, then how can you possibly expect those about you to cope, and learn. Doesn’t mean things are ever perfect, we all fall apart at some point. And no one is ever perfect. It’s normal that way.

This is where I have taught my children that everyone has quality, even the people we may not like. And when it comes to appearance there is no written law on what is actually right, it’s about all opinions. There is no Bible on Vogue.

I think that possibly part of my parenting in this has been more prevalent because we moved here from the “outside”, so we aren’t local as such. Even though I was born here, that makes no odds. And like so many smaller communities you stand out. There were no real issues, but it does have an effect. Gradually you become part of the scenery and less like the large pink elephant standing juggling cups of Darjeeling and more like someone that just lives here. There is also the fact that my children have darker skin than I do. Their Father is Indian so they have lovely milky brown skin. But again, in this community, it was something different and so was just another large pink elephant.

As the children progressed through school and grew up with everyone else, it became easier. Although there were some very silly comments from some children, that sounded more like their parents talking than themselves. These type of things were easy to ignore.

I think one of the more amusing (in an odd way) instances of colour being an issue, was when I picked my son up from school one day. He’d just started High school and had some new friends that were waiting with him. They all looked at me in that checking me out way, me and my lily white skin that is almost blue. And my son just said “no I’m not adopted”.

I think I’ve actually heard more compliments than problems when its come to the children’s appearance. Often from other parents and friends. I’ve heard many a time be said “ you’re very lucky to have skin like that, costs me a fortune in take fan”. I’ve noticed the older they get and the more appearance is becoming an thing, the more understanding they have. And this is good. For example my middle daughter L had a year 8 prom in summer. There was a big fuss about what the girls in her year were getting done, what with hair, make up, dresses and fake tan! Fake tan at the age of 13, I was a little dubious. But there was L, with her golden skin and no streak marks. She felt quite lucky.

But besides that, my point that I have taught my children is that it doesn’t matter what colour you are, it doesn’t make you better nor worse than the next person. So yes, I may be ready to defend my own brood if anyone were to attack them, but it doesn’t make my own children a better person. We’re all equal, I’d like to think so anyway.

Yes, parenting has its ups and downs. I tend to think it’s all quite normal.

Anyway, when I took Neets for her first physiotherapy session she was a bit of a problem going on with in turning feet at the moment. We’ve been seeing specialists and such like for the last few months. The latest thing is physiotherapy. She was feeling a bit nervous about it and had already said to me she hoped it was a lady not a man. I wondered why, but apparently this all came down to Neets worrying about her “hairy“ legs. She didn’t want a man seeing them. Neets is 11.

It was a lady, and she was lovely. The session was I think rather successful and we learnt some exercises to practice. The nurse made a point of saying Neets needed to stretch her legs. Particularly after exercises and after periods of walking or sitting. Neets had obviously taken all this in. Back at school in lessons, the tables are set up so one faces another. Neets was facing a boy. She was stretching her legs out, as she had remembered (as we had walked back to school). And this boy was most rude back to her. He actually said “do you have to have such stupid long legs”. This is because of course in her stretching she has gone onto his side of the table.

Neets found this upsetting. She came home from school that day in a noticeable down mood. I asked what was wrong, and she told me what had happened. She said what this boy had said, and followed on with these exact words “Mum, I don’t want long legs anymore”!

I didn’t know whether to laugh, cry or what. I couldn’t help wondering what this boy would think of Neets in later years, when she is tall and long legged and less of just a classmate with annoyingly long legs.