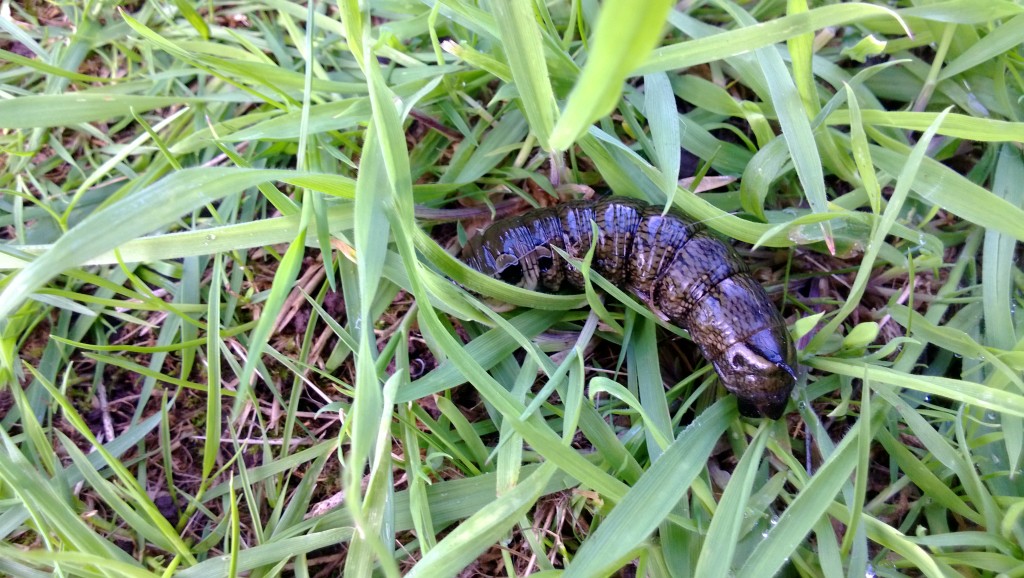 Meet Kipling, he is an Elephant Hawk Moth caterpillar. He is about 10cm long and rather fat. His big “eyes” on his head (the left) are to make him look scary. He has a horn like thing on his back end. This photo was taken in our garden about a month ago, just after he’d been rescued from being eaten by our cat, Simon.

We took him in and gave him a home, filled with what he likes best. Willowherb. Fortunately for him, we had some rosebay willowherb in our front garden that I had left for the butterflies. 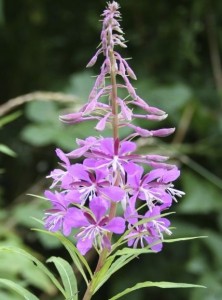 I remember seeing an Elephant Hawk Moth caterpillar many years ago when Rhys was about 1 year old. We were staying at my parent’s house. They had a large garden and we were amazed to find this enormous caterpillar. So I recognised it.

Rhys, even though now 18, was delighted to see our latest find. He looked up on the internet about how to care for such a caterpillar. It is amazing what you can find. Sure enough we got some useful pointers. One of which the information that it actually takes months for the caterpillar to change. Which in logic, does make sense. Such an amazing transformation cannot possibly just take a few days. Maybe I’ve read The Very hungry caterpillar too often.

Anyway, Kipling’s first home was a glass jar. We put a load of willowherb inside and put a cloth over the top to allow air. He soon disappeared in to the leaves and wasn’t stopped again for several days. In fact there was no sign of him. We decided to upgrade his home to a plastic icecream box with holes in it. Rhys created a little habitat for him with soil, twigs and more willowherb. We carefully transported him from the jar to the box. We couldn’t actually see him. It was as if he had gone. Then we spotted a sticky patch of leaves and realised that Kipling may indeed be making himself comfy for the winter and could even be creating a cocoon!

Over a week later, Rhys decided to see if Kipling was ok. He carefull checked inside the icecream box, but could not see him. It wasn’t until a small bundle of dried leaves moved that we realised what Kipling had done. He was making a cocoon! 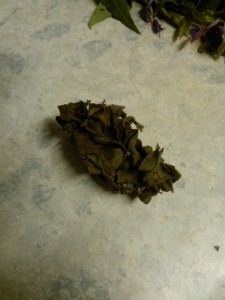 Now Kipling has been put in to a cardboard box, with more leaves and we’ve left him be.

We can but hope that he will be ok, and safe and able to do what he needs to do. I’m not exactly sure how we’re supposed to know, but I guess time will tell.