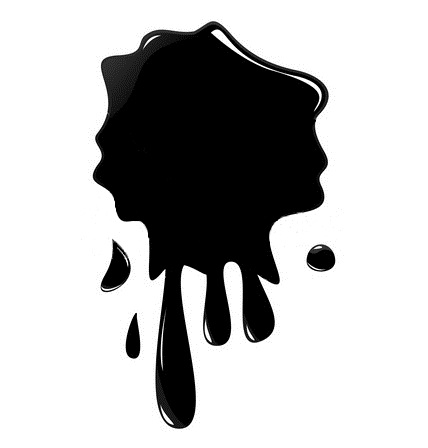 With writing on Fuss Free Living, I have been able to share some of our family life and we’ve all helped out with reviews or opinions at some point. For the most part, with exception to getting my soap box out, life ticks over with relative ease. That is on the surface it would appear so. However not everything is apparent, and sometimes it is easier to cloak the darker aspects rather than open up about them.

I have felt this way for some time, until recently. I have realised that it is noticeable that posts are less frequent and I seemingly have less time to share ramblings of family life and all that goes with it. I can keep saying that life is hectic and that time flies, but it’s not going to make things better or change anything quickly.

For a prolonged period of time now, someone very close to me has been struggling with life in general. On the surface everything appeared healthy and content. Then cracks started to appear, and problems started to arise. In turn these problems only fuelled any existing predicament and without realising it, things had got very bad indeed.

I’m talking about my daughter. I was aware of changing in her mood, and was putting this down to the usual hormones and development that come with her age. Her behaviour at home was acceptable most of the time, but she started to show reluctance with going to school. After several weeks of difficulty, she informed a school nurse that she was being bullied at school.

Very quickly things started to be put in to place to safeguard her, and to offer a support network. But at the same time, this was all just before the summer holidays and so everything was rather rushed and left hanging during the break from school. Time in the holidays was a mixture of calm and the exact opposite, with mood swings and lack of control with emotions. The change was significant. It was worrying as her Mother to watch.

However, on returning to school, things again picked up with the support she was receiving. The bullying had been dealt with and there were things on offer to help my daughter enjoy her time during school. But there was no significant change, and alarmingly things did not improve they got worse.

Her mood swings at home were becoming more regular and more extreme. She wasn’t sleeping well. She wasn’t eating well. She become less communicative, had less compassion, less understanding. She was becoming someone totally different to the daughter I knew. This wasn’t just hormones and age related development, this was obviously more. 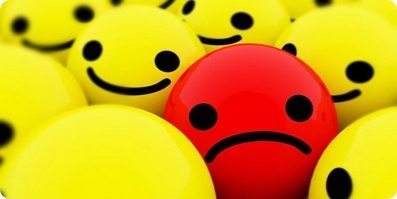 Fortunately one of the people in the support network, the school nurse, was able to recognise that further help was needed and instigated the process for this to go ahead. It was a long wait, and during that time I became more concerned for my daughter. She was refusing to go to school, and it was like watching her crumble right in front of me and I felt helpless as her Mother.

The next step up was seeking professional help through an organisation designed to help children. We had to travel a 60 mile round trip to get this help, but it would appear to have been the turning point.

If I described this as a journey, I would say we started off on a very confused route, with blind turns and no direction. Then we found a route that had hope, but it’s up hill and we’re only just starting off. It can be difficult, and sometimes we slip back, but as I’ve told my daughter, at least we’re only our way now.

My daughter has been diagnosed with deep depression. She is only twelve. As explained my the doctor, this can happen during adolescence, and has been fed by the issues with the bullying at school etc. The doctor described it by explaining that given a problem, most of us deal with it somehow. We find a way. But when in a deep depression, along side adolescence, there is very little understanding for dealing with the same problem and thus the outcome is confusion, sadness and all kinds of negativity associated with depression. My daughter’s self-esteem has been shattered, her compassion is so low that she doesn’t feel it. She lacks understanding, so being able to deal with everyday things has become a nightmare.

It’s very hurtful to see, and it take a lot of strength as a parent to stand up to this with your own strength to be able to deal with it. But you do. I’m with her all the way. Even when she screams that she hates me, I know that only a few minutes later she will be in my arms crying and saying she needs me.

I wanted to share some of this with you because it’s has a massive effect on our family life. Time can be eaten up without so much as a blink. We have good days and bad days. The bad days just eat time, and before you know it, the day is gone. Sometimes I have no time for just sitting and writing. Sometimes I don’t even want to put the computer on.

What I will say now is that I feel things are getting better, very slowly. My daughter is even finding it difficult to accept that things will get better. She is eaten up with negativity. We are finding ways to help, and heal. She is getting help from people that know how to, and from those around her.

Our GP suggested a book to read to help to understand it all. It is “I had a black dog”. The writer describes throughout the book that his depression is like a black dog, and that it tries to take over, but he has learnt to control it. Winston Churchill described himself having a black dog, and he led us through some significant and important times.

My daughter doesn’t like calling it a black dog. She says she likes dogs too much. So we call it The Black Blob.

What I have told you here is really just the surface but it’s enough to understand. I’m sorry if I’ve been distant and have neglected to keep Fuss Free Living on form. I hope you understand now why that is so. 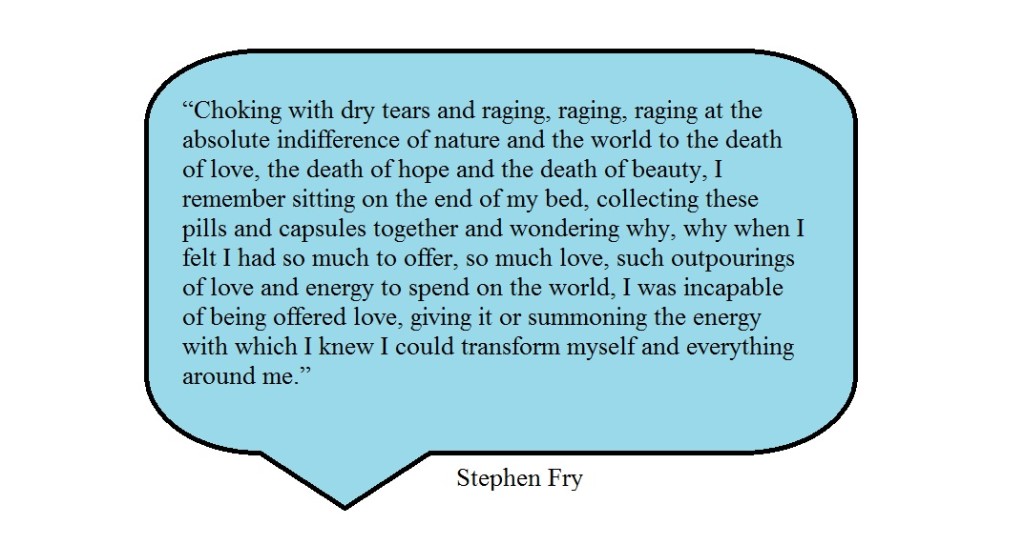