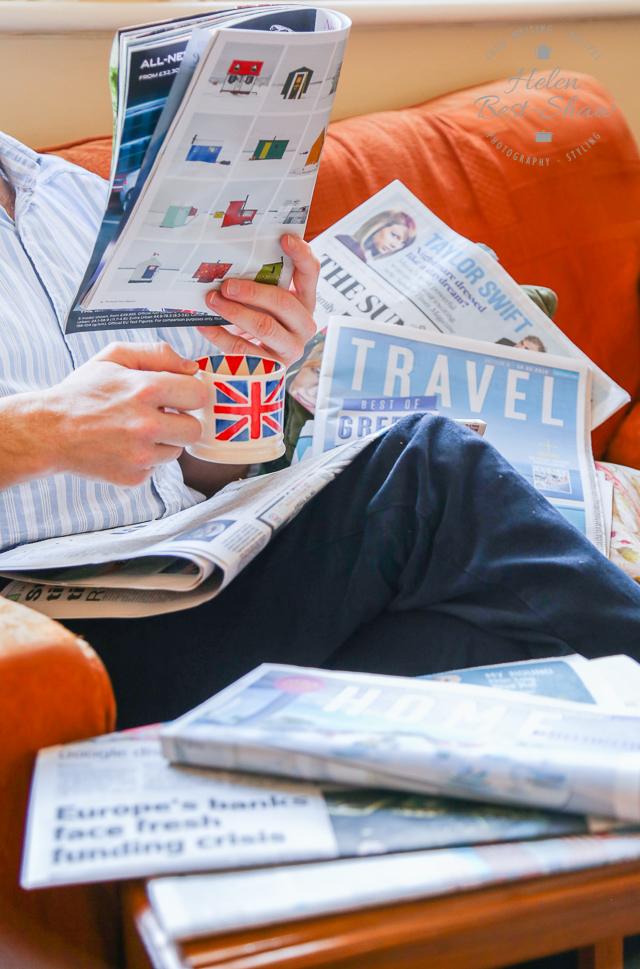 Ad – In partnership with the Sunday Times

My father, when he was in the army as a young man, has a story about having breakfast one day. One young chap was being a bit chatty, much to the annoyance of his everybody else. Someone stood up, picked up a newspaper and without saying a word, gave it to him. The point was made – breakfast is a meal to be enjoyed in silence. I have to admit that I agree that the best way to start the day is peace, quite, a cup of coffee and a newspaper.

For newspaper lovers like me, the Sunday papers are a special treat with so many sections and magazines to read. I have always enjoyed reading the Sunday Times, seeking out A.A. Gill’s writing in particular, so I was very interested in the paper this week as there have been some changes. The Sunday Times Magazine now incorporates the driving and a new life section, so there’s plenty of editorial to accompany that coffee.

This week’s magazine was packed with interesting articles. I liked the picture essay of Canadian ice fishing huts; having spent some of my childhood in Canada, I had seen the huts out on the lake in the winter but I had never really paid much attention to them, but now I see that they’re a great avenue for off-the-cuff, bodge it up expressionism. I still want to know why one of them had what looked like a helicopter rotor sticking out the top.

The other fun avenue of  wacky expressionism is in the driving section; there must be a class at motoring journalist school about the liberal use of metaphor – no image is too far – so it’s always amusing to see just how any particular car is described. Obviously, simply gets you from A to B won’t do, and it has to change your life in some amusing way. I’m not entirely sure if it’s helpful in choosing a car, though, but I suppose that’s not the point. But I will be back  reading the paper next week, coffee and paper, enjoying some silent me time.

I was paid a fee by The Sunday Times to write about their new look magazine – all opinions our own.

Previous Post: « Design your home in a contemporary way – Vintage Home by Judith Miller
Next Post: Come dine with Neets »