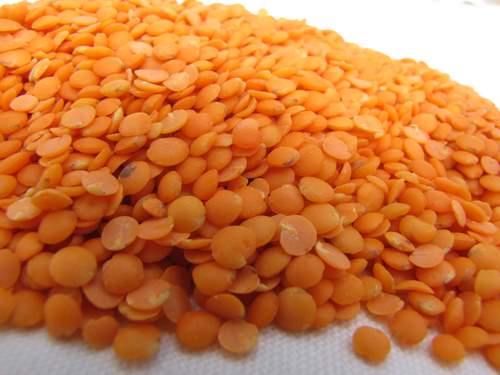 Time is slowly finding its way back to me. Either I am coping better with the time I have, or in fact the family are settling in to a newer routine that now fits better.

Either way I at last had the time to make vegetable and lentil dhal, and to the children’s delight, roti.

Roti, otherwise known as chapatis are one of the children’s favourite foods. They are simple, yet tasty and very versatile. However, although they are simple and easy to make, they are time-consuming. With a family of six, five of which eat them, it’s a whole stack of roti needing to be made.

I’ve also had the problem that my tavi (flat hot plate pan) was destroyed in The Great sink leak of 2009. As well as that, it was difficult to get the right flour (atta). Here in this town there isn’t a shop that sells the type of foods I found so easy to pick up when I lived in Derby. That was until Tesco arrived, and they now stock the right flour in large sacks. Which is great. Even better when on half price offer, so I’m getting a 10kg bag for £3.00. Fabulous.

I’d been promising this meal all week. Didn’t find the time. That was until Friday.

The dhal is a very simple and easy dish. Basically made with some sort of lentil and often vegetables added. With subtle spices.

I started by peeling an onion, and finely slicing it. Cooked this in a large pan, with a little oil on a low heat until the onions were softened. Not browned. 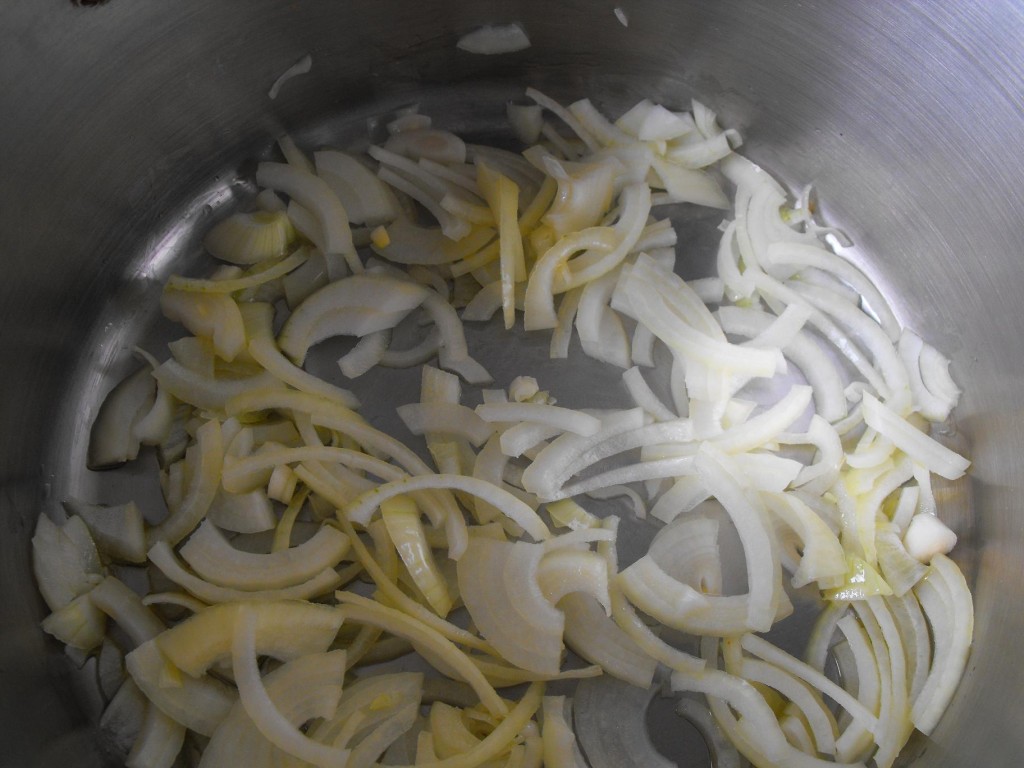 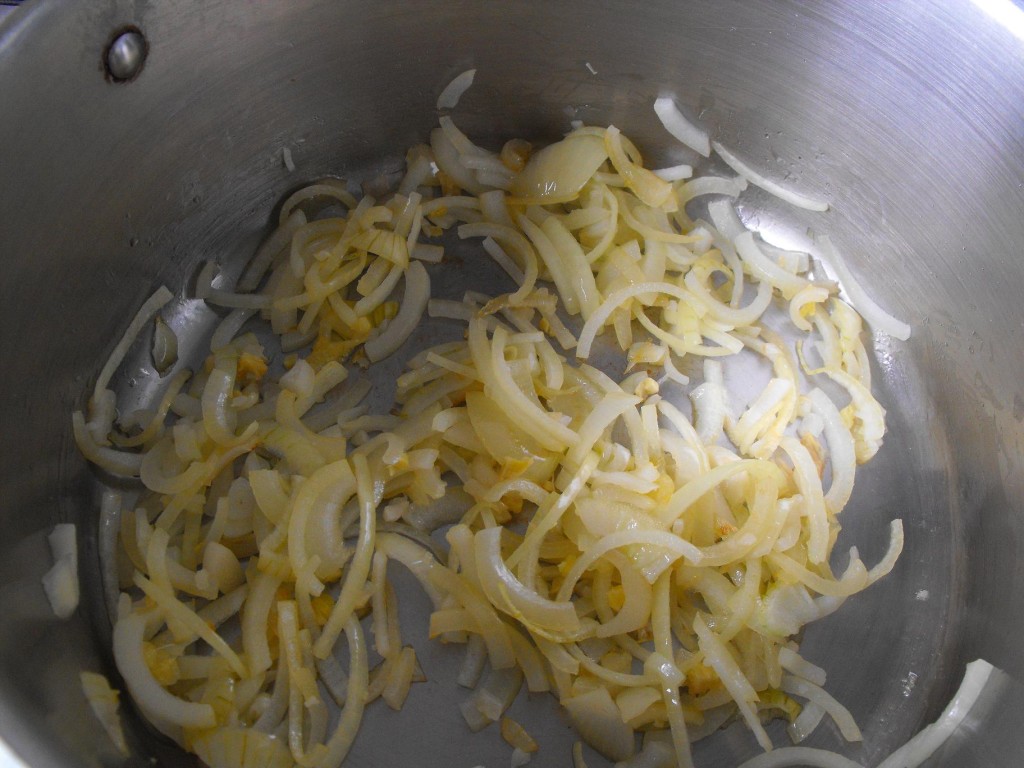 Cooked for a few minutes until softened.

Stir in and warm through.

Next I added red lentils. About two-three cups. 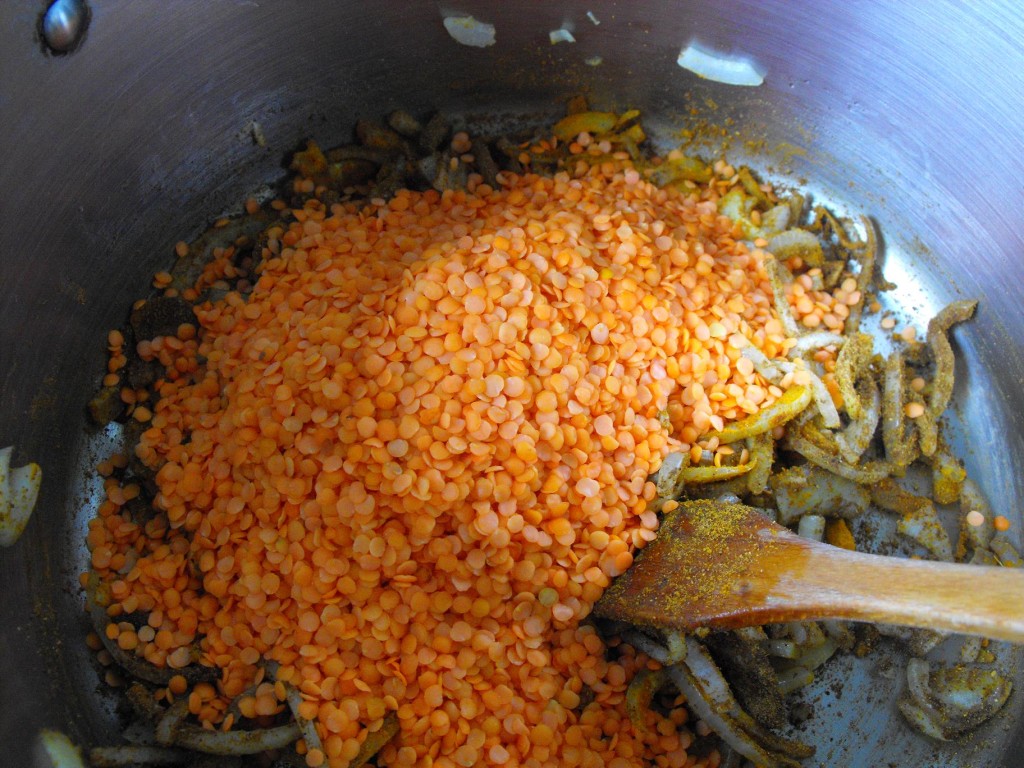 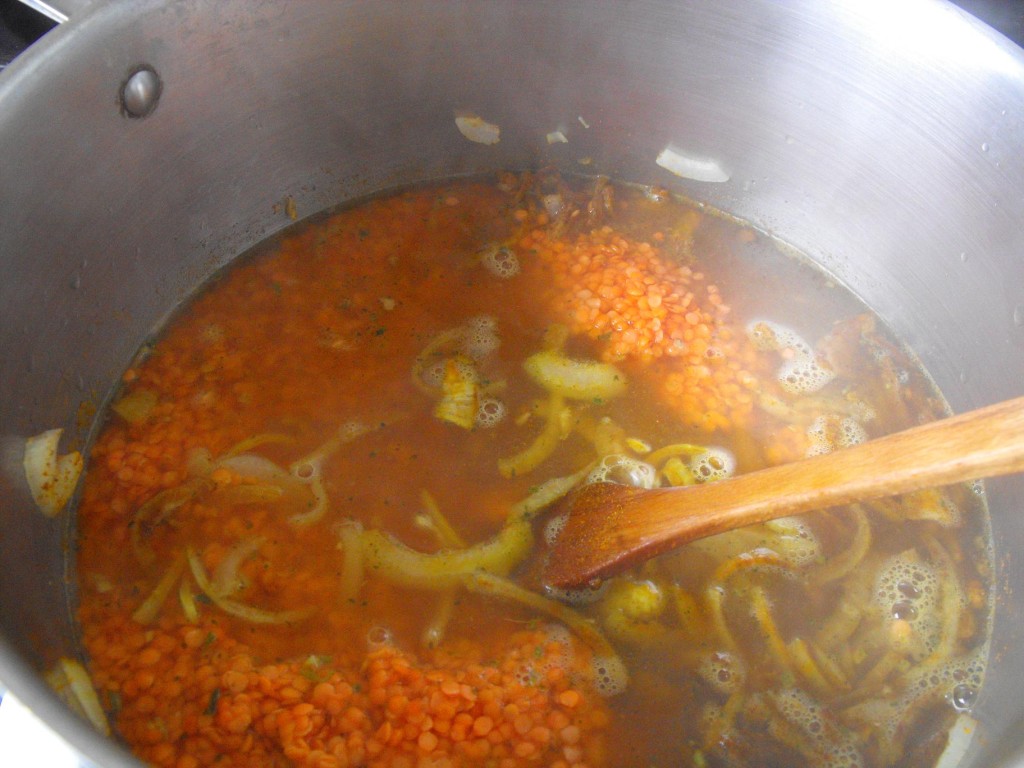 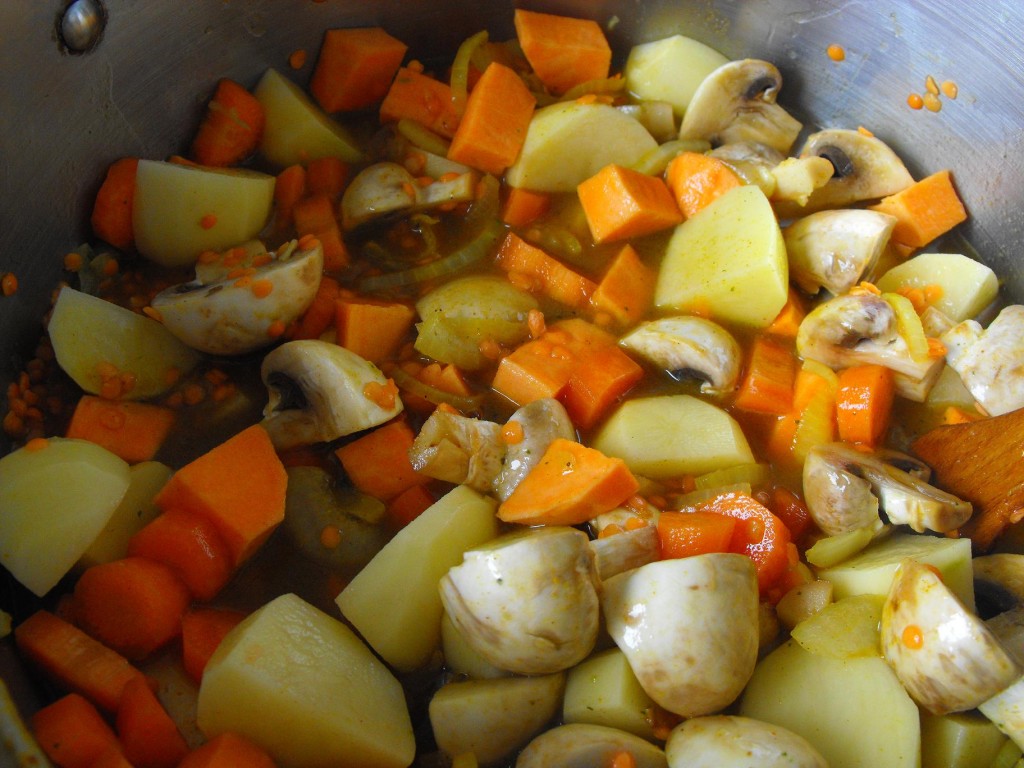 Stirred this up and added more boiling water to cover all the vegetables and lentils. 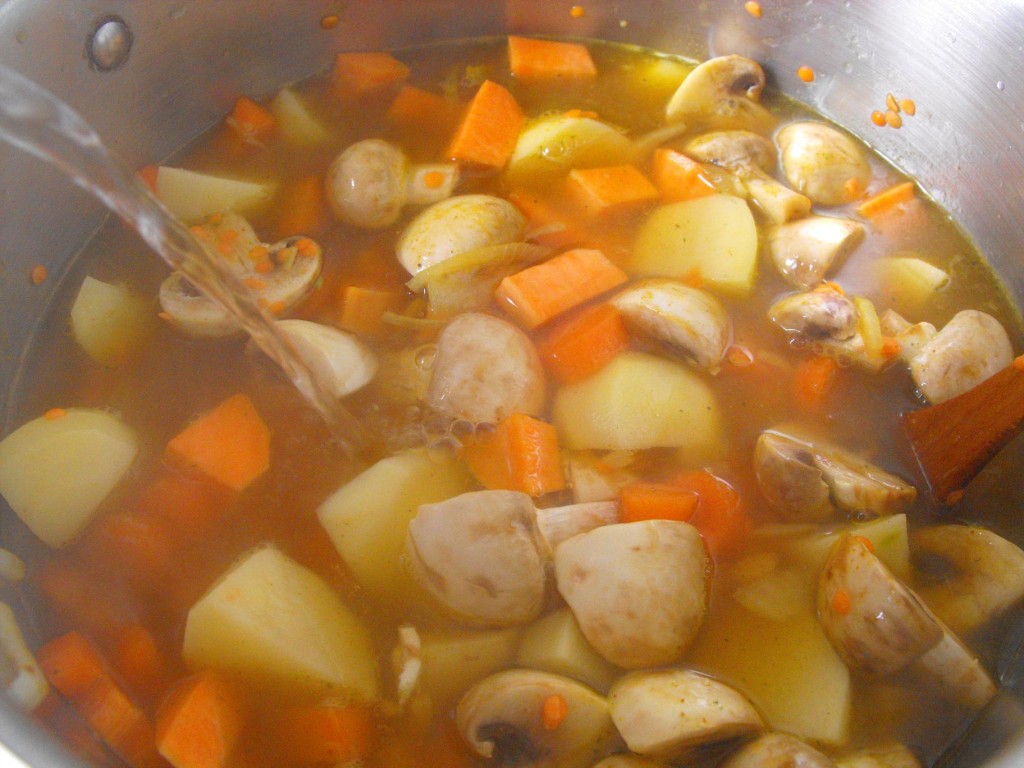 Brought up to boiling and then simmered until the lentils went soft and all the vegetables were cooked.

Unfortunately my slightly tired and busy mind forgot to take a photo of the finished dhal. Argh!

Looks like a thick lentil soup. I also added chopped coriander leaves at the end.

When Rhys came in from school he sniffed the air and looked delighted when he discovered the pan.

To go with the dhal I was able to make roti. I put several cups of atta (chapatis flour) in a large bowl. Instead of using atta, you can use a half and half mixture of white and wholemeal flour. I don’t measure in weight. Add a little salt. Then make a dough by adding cold water and mixing with your hands. Lovely and messy. 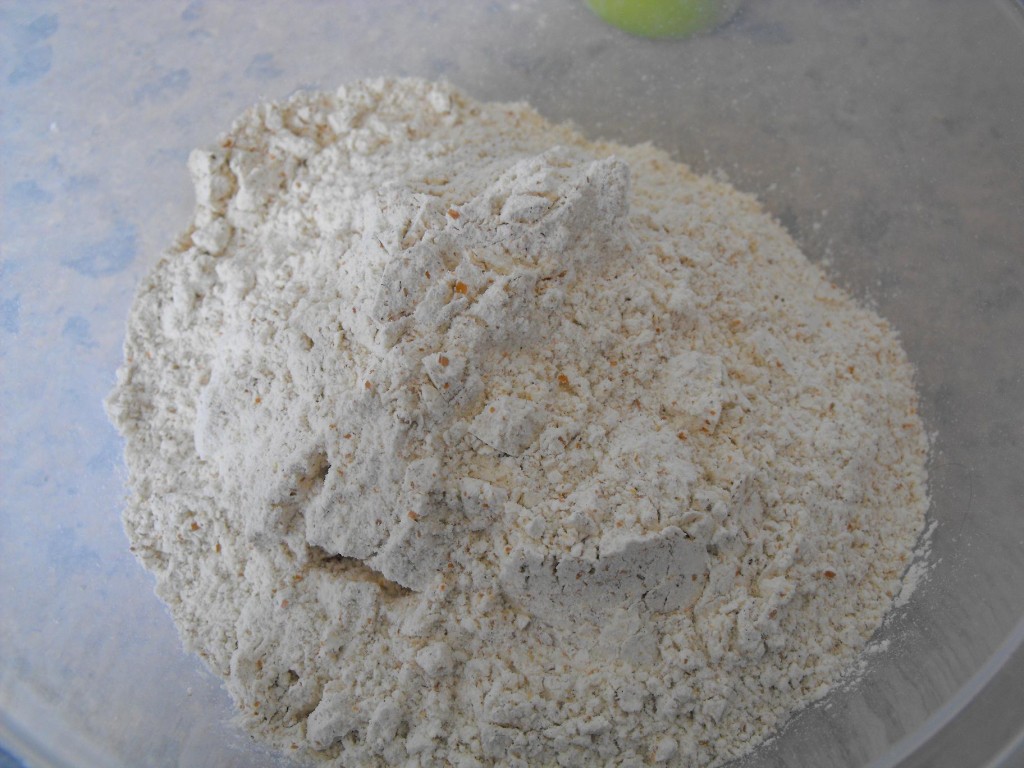 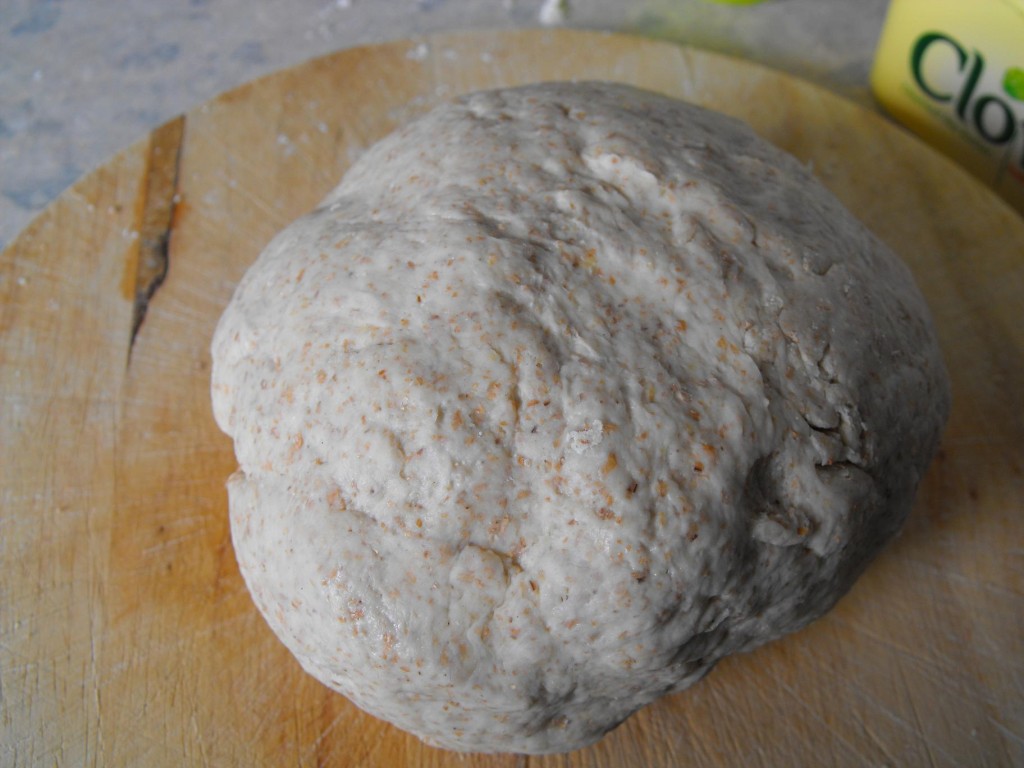 You then need to knead the dough for approximately ten minutes. Make it nice and flexible. I find this very relaxing.

To make the roti, you need to have your tavi hot. Instead of a tavi, you can use a hot plate, a frying pan or a griddle. A very dear friend of mine bought me a fantastic traditional griddle pan. So I use this. You need to have the heat quite hot, and steady.

You now enter the production line of roti. As you cook one, you can prepare the next. It’s busy but easy. So take a chunk of dough, a bit like one and half golf balls. Rolls it into a ball. Then flatten it down on to a floured board. 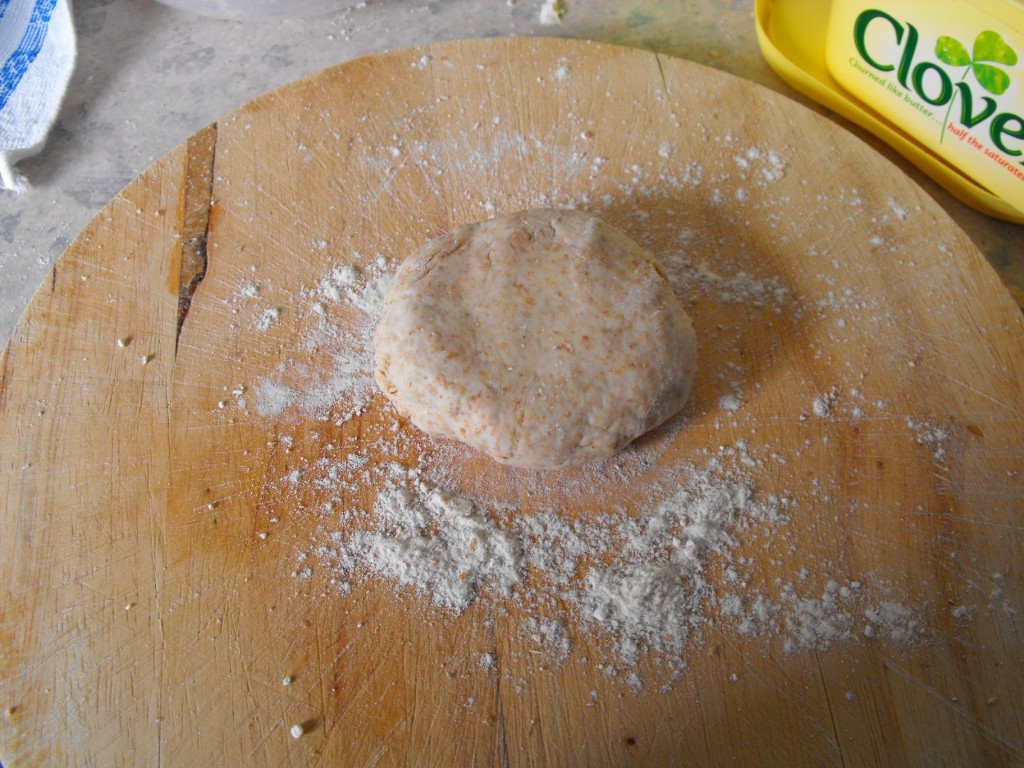 Then using a rolling-pin, you roll this out evenly into a flat circle, about 2-3mm thick. 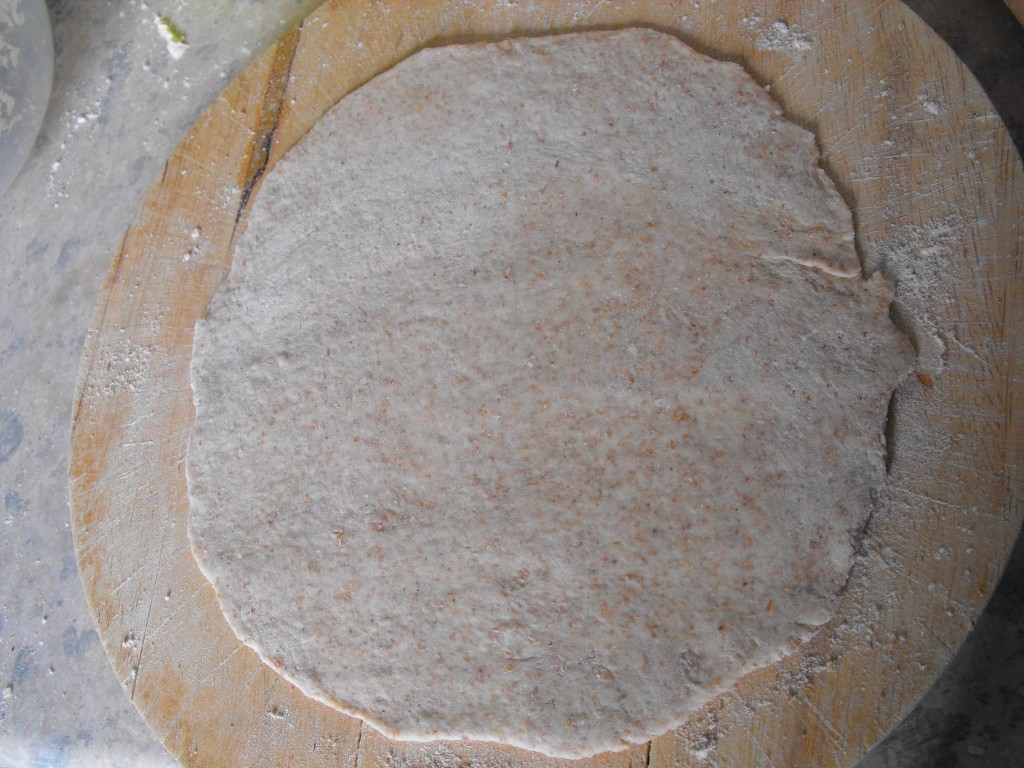 When I’m in a hurry, they do not end up perfectly round. But this doesn’t bother me. they taste the same. But if you want round, here is a little tip. When using your rolling-pin, put more pressure on one side. You will find the dough starts to turn by itself and form a circle.

You don’t use any oil when cooking your roti. Brush off any excess flour and place on the hot plate. Within just a few seconds you will see small bubbles starting to appear on the upper surface. (while this is happening you can roll out your next one). 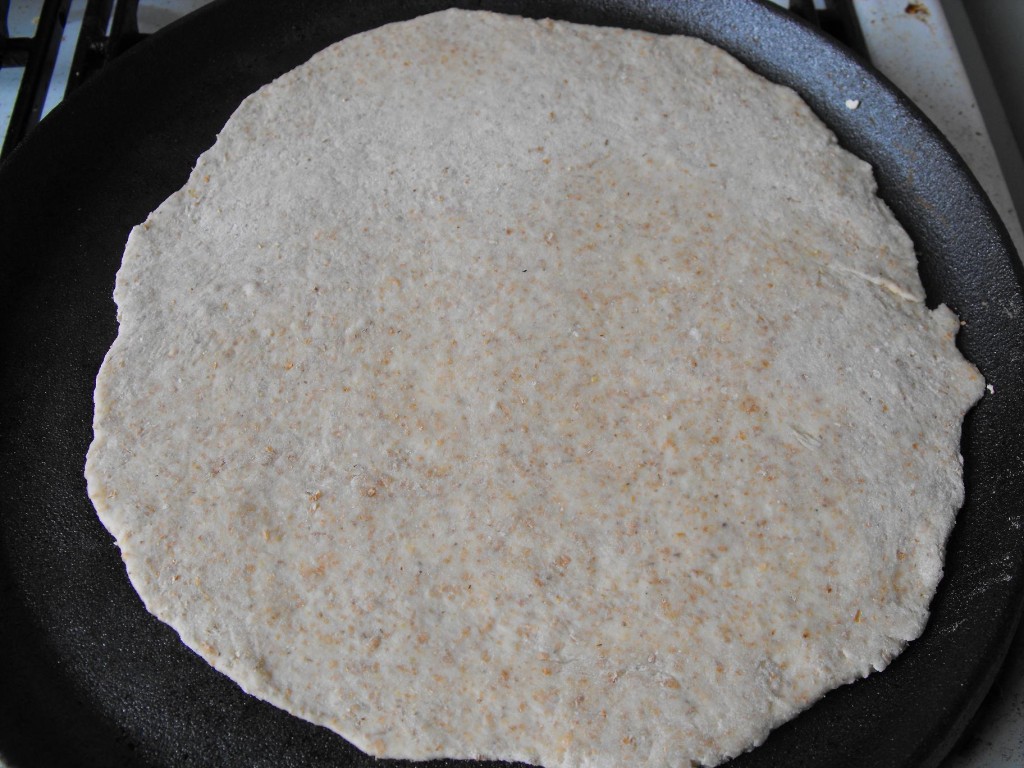 After only about 30-40 seconds, up to a minute, you then flip the roti over. You will see on the side that was cooking, little brown spots. It should look dry and have no raw dough showing.

Then cook on the other side for just a few seconds again, until again you get brown patches. You may see some smoke, but this is normal. It’s perfectly healthy to have roti with small black patches on. Very tasty.

You may want to press down on the roti as it cooks, I often use my hands, but it’s wise of course to use a utensil instead.

Your roti may also start to rise up, which is quite normal. Sometimes you may find your roti is like a big air pocket. Perfect! 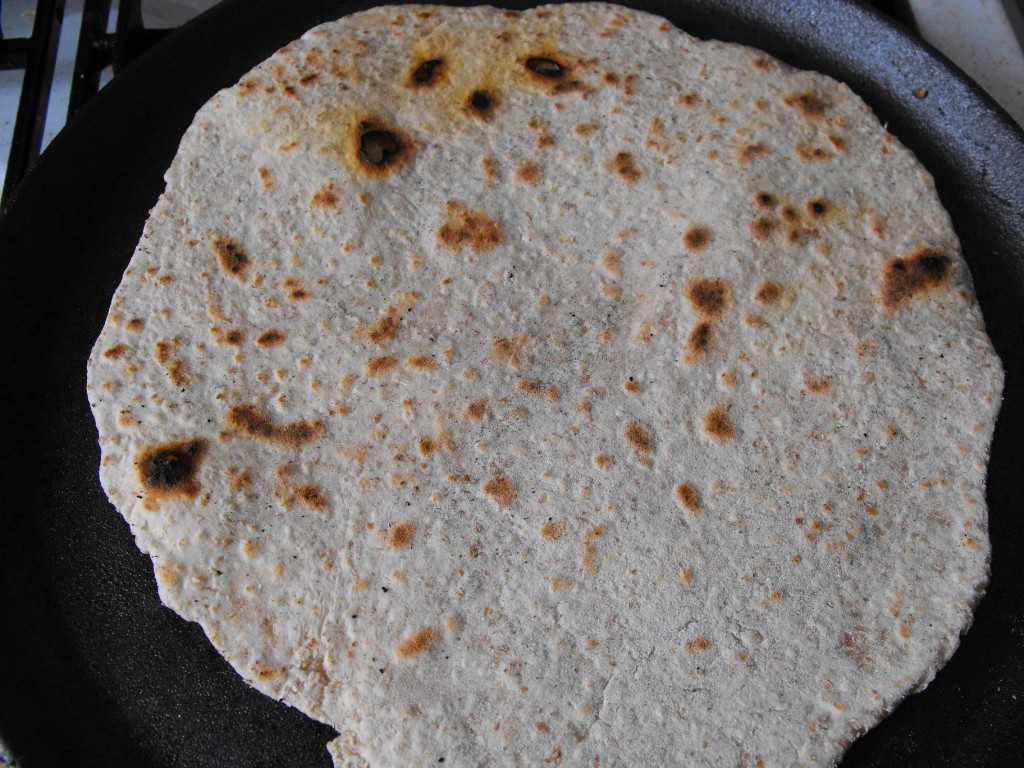 When cooked, place on a plate, lightly butter one side. Stack them up as they cook. They stay warm like this, although I tend to wrap them in a tea towel.

And that is that. Cheap. Easy. Tasty.

I can’t believe I forgot a final photo. It’s a bit like walking out before the last scene. Sorry.