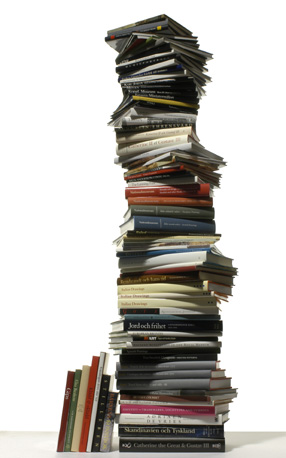 Recently I got an email letter from my daughter’s school with two items that deeply saddened me.

Why would that be I hear you ask? Well maybe this has affected you too, perhaps your own child’s library, or indeed your local library are facing closure due to funding. So money is to blame.

Yet I still have to ask myself why in today’s modern day we cannot afford something as simple, and as educational and enjoyable as a library. I feel it’s very sad.

The school claim that government cut backs have meant much less money to spend for the school and that money has had to go elsewhere. But why is this being allowed, why aren’t the schools getting enough money to cover for a library?

Apparently the now ex school library was supplied by borrowing the books, and it was this cost that was too much.

I fear that we are rapidly becoming less needy of books, and I have seen this even in my own children. When I was at school, studying my G.S.C.E.s and A-levels, as two of the children are now doing at school, I would research by going to the library and reading books. My essays had a bibliography at the end, showing the books I’d used. I doubt my children know what that even means, because they get most of their information from computers.

Yet as children they loved books, and the girls do have a whole bookcase in their room. Neets in particular loves to read, and some nights it’s not the TV that is keeping her awake, but simply her reading.

I am an avid reader of books, when I get the chance. At the moment life just isn’t suitable. I think this had promoted Neets in particular to appreciate books also. I know that when “The Golden Compass” came out, we bought the books. I was enthralled by all three of them. I was so taken by them that I couldn’t put them down. When the children asked me about them, I said they were excellent but I didn’t tell them what happens. I wanted them to read them for themselves. Incidentally, they still haven’t managed to do so.

We still have World Book day, which was 1st March this year. Most first and middle schools, if not all of them, recognise this, which is great. Yet something is still lacking. What is it?

I am afraid that I think it’s technology. We can be our own worst enemy I suppose, even though we’re thriving forward with weird and wonderful, and amazing feats. If we look at what is available for entertainment, there is much much more at hand than years past. So reading is relatively, dare I say, boring in comparison to perhaps games consoles, television and what is available through our PCs. Although in my opinion, it’s quite the opposite.

The era of “social networking” has led to people becoming addicted or even just routinely sat at their PCs, doing the same things, because this is what we do. It’s simply human nature. And we also hold that human quality I like to refer to as “sheep”. We follow each other. We do as the next person does.

But, we don’t have to be. I try not to be a sheep. I certainly don’t sit at my PC, feeling the need to do the same as everyone else. And I have taught my children likewise. I hope.

Even so, the effect is inevitable in some cases. And for this I introduce The Amazon Kindle. 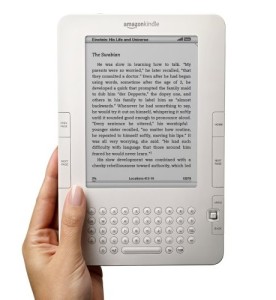 Excuse me while I growl a little. Grrrrr

To me The Kindle is a nightmare. To others it is super duper. For the people that think it’s super duper, or words to that effect, I can understand to a degree. It is fairly small, and lightweight. So handy for most bags. More so, it can hold LOADS of books. So basically, it’s like having a small library in the palm of your hand.

So why am I so growly about them?

Because it’s just another screen to stare at. Because there is no character to them. You don’t turn a page, you can’t slip your book mark in, you cannot smell the pages or feel the quality. It’s not a book, it’s just writing.

To my horror, an avid reader friend of mine, who is a writer himself, even now owns one of these. I was shocked.

So is this the future? Are our libraries at risk? Are books going to start being replaced? 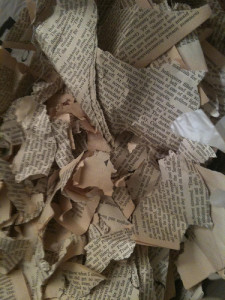 I really really hope not. I like nothing more than going to the library, and browsing the books. And when I find something I want to read, one of the first things I do is smell it. I suggest you try it too, it’s highly satisfying.

Save the books! Please.