The path to a simpler life starts with baby steps 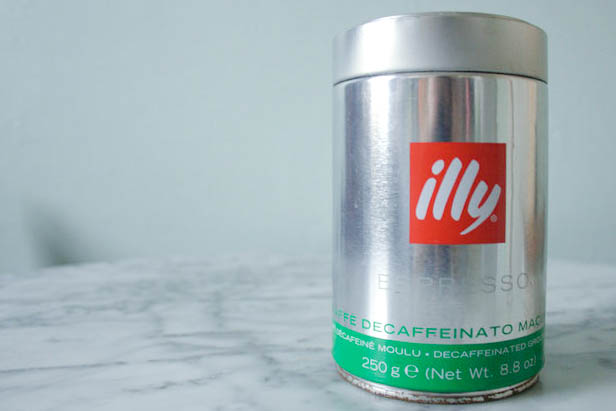 This tin represents many things which are wrong with my life.    I used it to store my decaff coffee in.  I have not drunk a cup of decaff coffee for at least 6 months, possibly more.  During this time it has been sitting empty in my fridge in case I do decide to drink decaff coffee and thus decant a packet of coffee into it.

Yesterday Ren nudged me towards Small Notebook, a site dedicated to simplifying your life.  From there I found this post on releasing purchase regrets, and I realised that I was hanging onto the tin because I might buy a packet of decaff coffee and decant it into the tin.  Yes really.  My logic was that a packet is cheaper than a tin, so I needed to keep the tin as storage would be easier.

The flat is full of stuff, much is useful and wanted, but there is too much “maybe it might be used one day stuff” for the available space, which I now realise is slowly suffocating me and has; for the sake of my health and sanity, to be dealt with.  Having realised and acknowledged the problem I already feel lighter and more in control.

The tin is now in the recycling sack where it should be, which will be collected tomorrow morning. And lots more stuff will be going the same way.  A bottle of aftersun has been sitting on my bedside table untouched for several years.   I thought chucking it would be wasteful (after all I had paid good money for it) and I could use it as body lotion, in reality it is too thin and I do not enjoy using it as body lotion.  It is now in the bin and has been replaced by a richer, fragrant bottle.