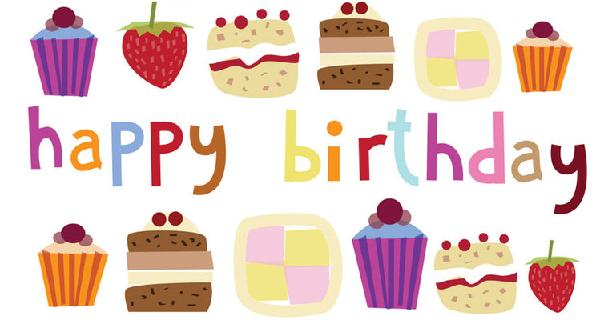 So I had promised to make Mr, enchiladas for dinner for his birthday on Tuesday. I’d never made them before, so it was a bit of a challenge for me. Especially considering how little time I actually get just now, and usually dinners are thrown together with as little grace as a pot noddle.

And yet, I did manage to make something that did resemble a nice meal. And here is how I did it.

Firstly there was the complication of differing diets. Only Mr eats beef. Two of the children eat chicken. Neets doesn’t eat either. I don’t eat beef, nor tomatoes or chillies (which goes into making chilli dishes).

I decided to make beef chilli and chicken chilli, and adapt as I went along.

First I browned the beef mince. I used steak mince for less fat. 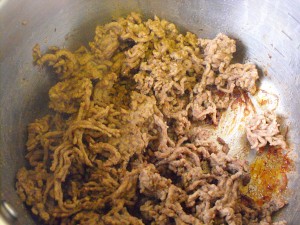 I cut four chicken breasts into thin strips, and browned this off. I then set both aside while I made other parts of the dishes. 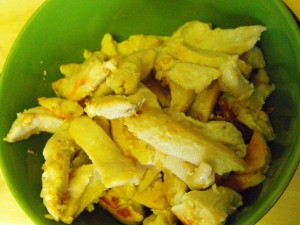 Next I cut two red onions up, two green peppers, one red pepper, and fried them in a little oil, on a high heat, in a large wok type pan. When they were browned off, I added two crushed cloves of garlic. Stirred this in and cooked a little longer. 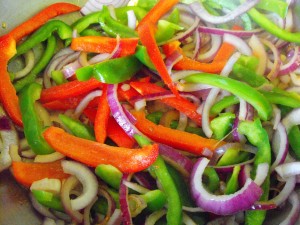 I divided the vegetable mixture between the two meats. I put the chicken and the vegetables back on the heat, and cooked a little more. I added two teaspoons of chopped red chilli. That was that. 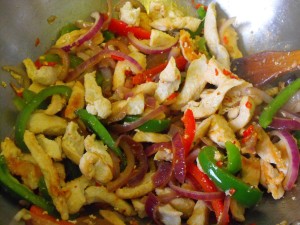 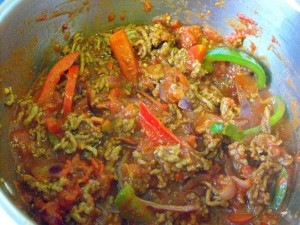 Usually I add red kidney beans. But, I forget to buy them. So no beans this time.

Next I made guacamole. Took the flesh out of three avocados. Mashed this up with a fork. Added a crushed clove of garlic. Squeezed half a fresh lime into the avocado, a little salt and mixed together. Very green, but delicious. 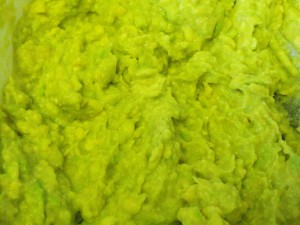 I heated a tin of refried beans. Didn’t have the time to make these myself, a tin is just as good.

I also prepared some salad, with lambs lettuce and rocket, cucumber and peppers.

I couldn’t find corn tortilla in the supermarkets, so I had to use flour tortilla. 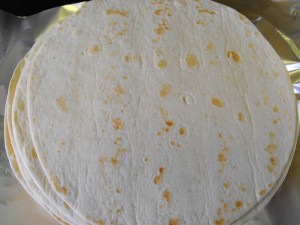 I warmed the tortilla in foil in the oven.

To make the enchiladas, I took a tortilla, put some chilli in the middle and folded over the edges to make a square pocket. Turned them over with the folds facing downwards.

Served on a plate with guacamole, soured cream, salad and refried beans. Sprinkled a little cheese on top. 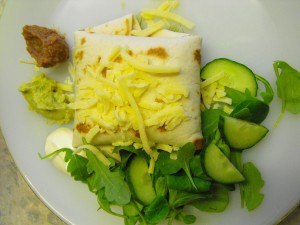 I didn’t have time to grill them (our grill is broken too), or pop them in the oven. So we ate them without. Mr really enjoyed them.

Neets and I had cheese ones. Everyone enjoyed. Success!